English Learning from a Comic

Have you ever been captivated by a comic? Or been influenced by a character or their story? I have many times and have been an enthusiastic comic fan since childhood. But why are comics so popular? What can be learned from a comic? Why use comics to learn a language like English? In this article I try to answer these three questions.

Over the years, we have been entertained by publications such as Peanuts, Calvin and Hobbes, Tintin and Asterix along with an army of superheroes including Superman, The Avengers and The X-Men to name but a few. All of them appear in various English-speaking media, like comic books, daily newspapers, graphic novels, TV and films. The two goliaths of American comic book publishing, Marvel and DC, have even created and established their own cinematic universes which have proven to be phenomenally successful! The enduring worldwide popularity of comic books can be demonstrated by recent sales figures. Comics and graphic novel sales had their best year ever in 2019, according to the annual report just released by ICv2 and Comichron, with sales topping $1.21 billion. Overall sales were up 11% from 2018 in North America. Comic book-based films do spectacularly well at the box office too. To date, the total worldwide box office revenue for the MCU film series alone totals a mind-blowing $22,587,809,092. There is no doubt as to how popular they can be. 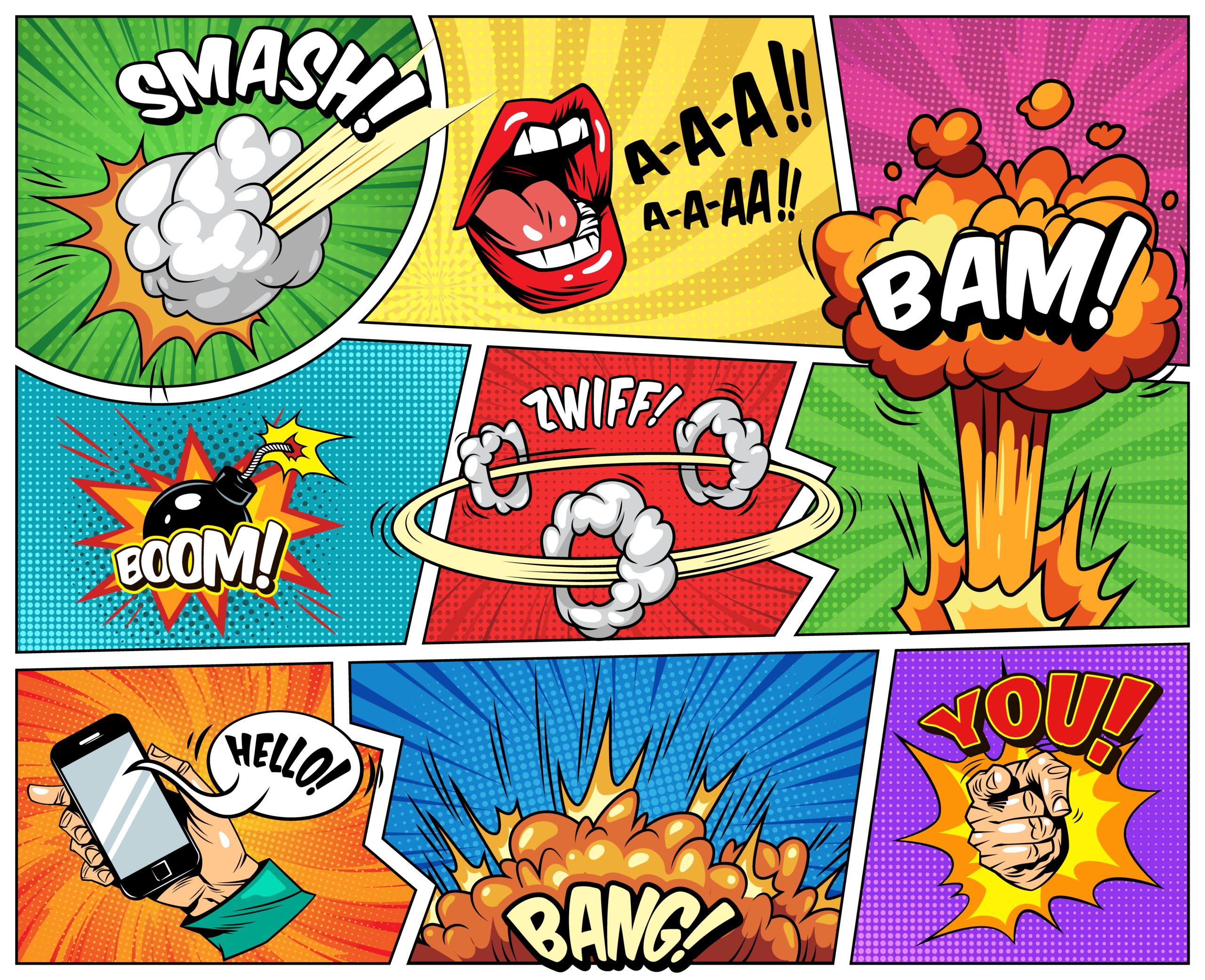 Now that I have illustrated the tremendous amount of interest comics generate, I would like to talk about what can be learned from them. Comics teach not only language, but also culture, history, morality and philosophy. The film director Zack Snyder stated, “The difference between ‘Watchmen’ and a normal comic book is this: With ‘Batman’s Gotham City’ you are transported to another world where that superhero makes sense; ‘Watchmen’ comes at it in a different way, it almost superimposes its heroes on your world, which then changes how you view your world through its prism.” My own experience as a keen comic book reader led me to agree with him, as comics can offer you a different point of view and teach you about the human condition.

Indeed, in a similar way to great literary works, comics contain themes like love, betrayal, jealousy and revenge and can greatly influence you. The American politician John Lewis said, “I remember back in the 1960s – late ’50s, really – reading a comic book called ‘Martin Luther King Jr. and the Montgomery Story.’ Fourteen pages. It sold for 10 cents. And this little book inspired me to attend nonviolence workshops, to study Gandhi, Thoreau, to study Martin Luther King, Jr., to study civil disobedience.”  How powerful is that response?

Finally, I would like to give some examples of how comics can be valuable in English learning. The other day, I read an article by Jabari Sellars on “Comics in the Classroom“. Jabari is a master’s student in the Language and Literacy Program at the Harvard Graduate School of Education. He used X-Men to build reading comprehension and literary analysis. Jabari asked students to write an essay connecting King’s “Letter from a Birmingham Jail” and Malcolm X’s “Ballot or the Bullet” speeches with quotes from Professor X and Magneto. Jabari writes that motivating students with texts that resonate with their personal interests and identities will increase their investment, leading to greater exposure to words, greater vocabulary acquisition, and more frequent use of reading strategies — three cornerstones of comprehension.

I hopefully leave you with the intention to not only use comics effectively in English language learning but also with a strong desire to read and learn from them! I have endeavoured to provide the answers to the three questions posed at the beginning of this article and believe I have. Which brings us full circle? Like a comic book! So what´s next? Well now, that´s for you to decide…

BACK TO THE NEWS

On this website we use first or third-party tools that store small files (cookie) on your device. Cookies are normally used to allow the site to run properly (technical cookies), to generate navigation usage reports (statistics cookies) and to suitable advertise our services/products (profiling cookies). We can directly use technical cookies, but you have the right to choose whether or not to enable statistical and profiling cookies. Enabling these cookies, you help us to offer you a better experience.